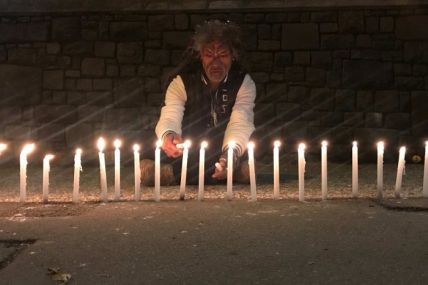 It was a hot, Indian summer’s afternoon, and I was sitting in a stuffy room in a committee meeting, when a news item from an English newspaper flashed up on my phone: there was a shooter in Christchurch. Other people glanced at their phones. But we carried on, and I noted for that moment the oddity that I had heard about something happening in New Zealand from the UK Guardian.

Bad news carries fast. For the next few hours, we waited as the news unfolded on national and international media sites. My workmates gathered in our corridor to process the horror. A colleague from Christchurch ran to her phone when she heard the street where her brother lived was under fire. I anxiously awaited texts from my children who live in the city under lockdown. As the day progressed, the whole country – the whole world it seemed – waited with growing incredulity. By the end of the day, we were told the unbelievable, unimaginable news: 49 dead in a massacre in two mosques. Here, in Aotearoa New Zealand.

At the same time – though we didn’t know it then – a video was spreading across the internet. A video of the massacre live streamed by the gunman, of children gunned down, of bodies dropping in what almost looked like a deadly video game. And a document began to spread too, a document that spewed hatred across the world.

But I don’t want to dwell on that in this post – that’s a subject for another day. Because there is another story to tell.

Love travels fast too. And compassion. Within hours, friends and family across the world contacted me to send love and prayers: friends in Rochester, Michigan and Vermont in the US, in Ottawa, Canada, and family from all over the UK. Were we safe? They sent their love and comfort. People all around New Zealand experienced the same thing: words of love sent from everywhere in this beautiful, broken world. 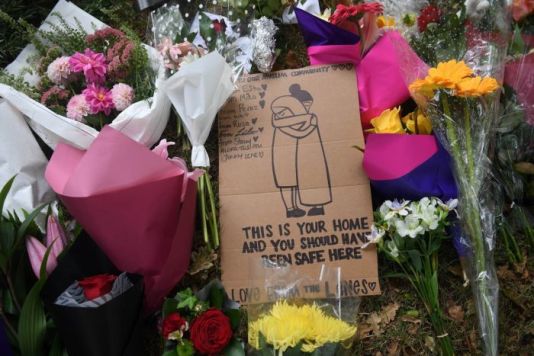 And also within hours, New Zealand was mobilised. Mosques around New Zealand were wreathed in flowers and letters of love. We enfolded the Muslim community in love in a way we never had before: they are US, as our wonderful Prime Minister said through her tears. They are ours, they are part of us, and their grief is our grief and we will love them through the pain and grief and loss. Around the country, people of every faith prayed together for the bereaved and the lost; people of no religious faith opened their hearts, lit candles, wept for their people and our lost innocence, pouring out love.

This love letter to the Muslim community travelled across the world. A man in England stood outside his local mosque to protect the worshippers within. 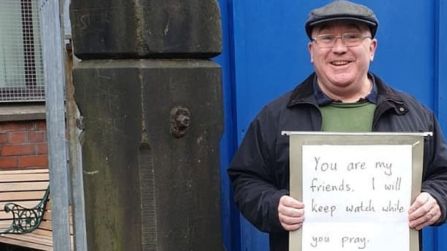 Flowers were lain outside mosques throughout the world. A Muslim woman in Singapore wrote a message to the gunman that expressed the defiance of love and hope in the face of hatred.  A choir from California, the Westminster Chorus, posted a Māori love song on their facebook page.

Our Prime Minister led us in our response of love, and in doing this, she too sent a message around the world: a message of what empathic leadership can look like.  In her grief and compassion, she modelled in a way I’ve never seen before that leadership driven by love is strong and powerful. In an age of political bully boys, who use social division as a weapon, she showed how strength and service can bring us together. When a leader of another country rang to ask what he could do to help she simply said “love and support your Muslim communities”.

I would say “take that, Mr President” but that’s not quite in the spirit of this piece.

As a country, we are so proud that her leadership has been seen around the world as a counterpoint to destructive models of leadership we see on the world stage. Parker Palmer, from the US, wrote: “This is what leadership looks like in an era of anguish. We must demand more leadership of this sort if we are to survive and thrive as a richly diverse global society…”

As I have reflected on this tragic day, I have begun to think about how our research can contribute to the discussions over the coming weeks and months. Jacinda has announced that the government will be looking into the role social media played in this attack, and it seems to me that digital citizenship is now more important than ever. How we conduct ourselves online, what we read, what we share, what we tolerate; these things must be talked about. Action must be taken to ensure this never happens again.

But for now, while we process and grieve, may the national and international voice continue to denounce extremism, violence, and hate. We are in an information age, so let’s continue to use these channels to spread messages of compassion, and empathy, and hope. May we send out love. 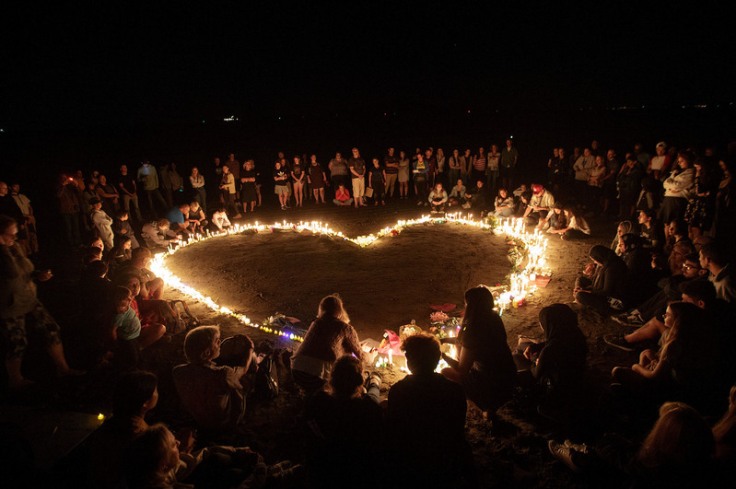